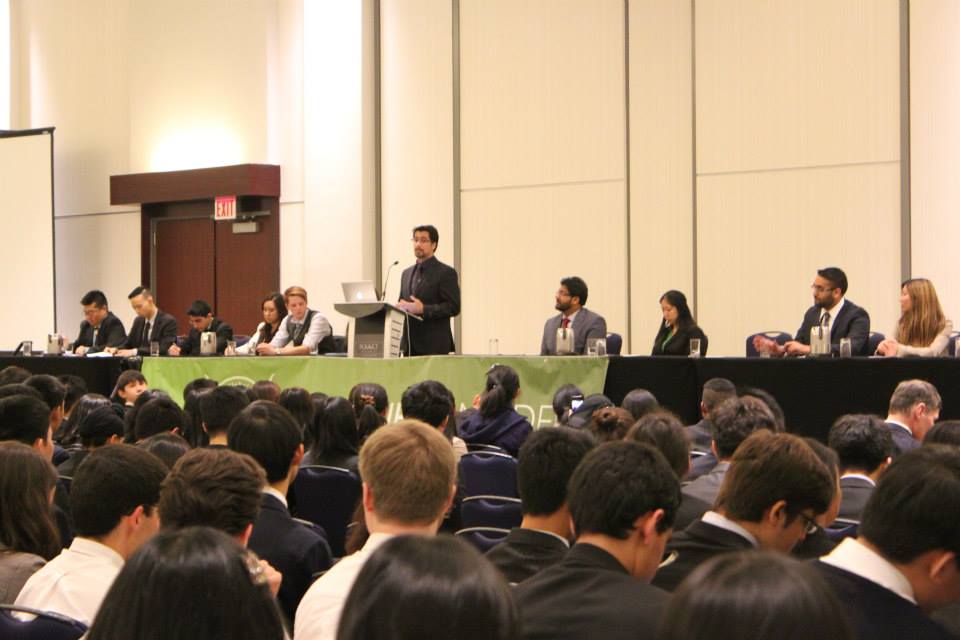 A project that I have put significant investment is Connect Model United Nations (MUN). Currently I serve on the Board of Directors Connect Global Youth Association (CGYA) advising the conference and IT. The CGYA is the parent organization for ConnectMUN. It has been a rewarding experience for me and also been one where I have grown in more ways than I would have expected from computer science to public speaking, MUN and ConnectMUN have majorly shaped who I am.

What is Model United Nations?

Model United Nations is world wide phenomenon where persons, usually high school or university students, come together and debate global issues as if they were representatives of different governments. For example, in one conference I may represent Spain in the World Health Organization and in another France in the Security Council. The goal of MUN as I see it is to develop awareness of different issues and perspectives so that we can broaden our perspectives and work to resolve the world’s major problems. Doing MUN builds public speaking, written, research, and discussion skills as well.

Originally founded by Firas Moosvi and Nuwan Rajapakse in 2009 ConnectMUN is a high school MUN conference in Vancouver, Canada. It has grown from a small 80 people conference to host 600 students a year with international student attendance. My involvement began as delegate and developed into staff, executive, and now as a board member.

Since ConnectMUN’s inception I have been working on the IT side of organization to keep up with the growth of the conference. With so many schools and students registering we had to move from a basic excel table with preferences, rooming assignments, and more to more dynamic systems. The first solution was developed by myself as a PHP based html form that was connected to a back end open source interface and mySQL database (http://www.formtools.org). Now, ConnectMUN has a custom CMS built on node.js to allow even better control and responsiveness. Hopefully in the future I can share our source code.

In 2013 I had the privilege of being Secretary General (Conference Chair) for ConnectMUN. Certainly nerve wracking at the time, I addressed over 500 students, teachers, and parents on the conference I had spent a year planning with my team and my vision for it. I avoided being tacky by saying I was once a closed lip student worried about speaking up in a room of 20 people but that was certainly true. Looking back I remember two events regarding my speech. The first was a teacher coming up to me to say she really liked what I said (shameless self promotion) about how the UN is a tool not a solution. The second was being in an elevator afterwards with two grade 8’s where the first student talked about how he fell asleep during the opening ceremonies and the other desparately telling the first to cut it because the SG was listening. Never take yourself too seriously.

In 2016 I had two major milestones for the conference. I had really been interested in getting students from further out and getting a really great speaker. We have had students from Vancouver Island, Abbotsford, and Seattle but this year we were able to have a school come in from Chicago! And better yet we snagged Elizabeth May, the federal party leader for Canada’s Green Party. A very small party but nonetheless one I think will grow in importance if we ever get Proportional Representation in Canada. Super proud of the team for 2016 in getting that done.